We use cookies to ensure that we give you the best experience on our website. If you continue to use this site we will assume that you are happy with it.Ok

Are You Being Orbited?

By Gertrude: If ghosting wasn’t bad enough, it seems that social media has created a new type of dating confusing. As a psychic, I often get clients who have dated and added someone on all of their social media. Then suddenly, just like ghosting, they stop directly replying to you. However, what happens next is that they keep you on their social media network. Often being the first to like your posts or comments. But again, when you contact them directly, they ignore you. This is now being referred to as ‘Orbiting’.

What it means is they are keeping you in their circle. As if they are standing on the outside, still deciding if they should come closer or not. Generally, when this happens, the person is keeping their options open. Just in case they change their mind. Or often because they need some type of reassurance.
It can be confusing and daunting if this is happening to you. Often the best thing to do is ignore or block them.
Sometimes people who orbit you, do so because they like to be seen to be friendly and open. As if they have a great social life and are a good friend. It can mean that the person doesn’t understand this could be hurtful or daunting and aren’t quite socially aware.
Often a fear of missing out creates the need for someone to orbit you. And yes, from time to time it can be a bit creepy as people can be like voyeurs on social media and enjoy watching other peoples lives and what they do.
Many of us have been in a situation where we ‘stalk’ an ex or their new partner on social media. But this isn’t orbiting. It’s more than just getting ‘intel’ on someone we may or may not like. It’s about having a foot in the door in someones life and having them as a social media friend or acquaintance.
So if someone is orbiting you, it may just be they don’t want to be in a relationship or friendship. But you are intriguing, funny or just plain a great human being. So they just want to watch you from the outside.
What is going on in their lives? This has a huge impact on what motivates someone to orbit. A personality trait is there is an inability to commit. Or they are already committed. They feel they have options in life. For those single people who orbit. They seek solitude. They can be like hermits who enjoy their own company. Wanting to react with the outside world. But from a distance.
For some it feels intrusive. For others, they orbit the orbiter. Finding is interesting to follow someones life. Just another version of reality TV.
For those who feel uncomfortable, most social media portals have privacy options. Set them at what you feel comfortable.

As we wade through the 5th dimension of the universe, artificial intelligence and our human evolution. The core of our Soul is to connect to others. Not as 7 billion separate Souls but as a vast organism. That is, in turn, connected to the Cosmos.
Remember, every thought, deed and action creates a vibration. Every vibration creates a frequency. Every frequency a sound and action. Let your thoughts, deeds and actions create the best vibrations. All the best,
Gertrude 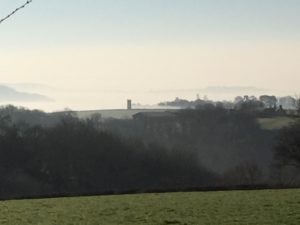 The clocks have gone back and we are now moving into another phase of the year. Winter is a great time to hole up and reflect on life – this last year has been one of turmoil and confusion for many people and it takes time to integrate all that has happened. We live in uncertain times but realising this and relaxing in to it really helps. Politically things are not settling down but there is no point in getting upset about it – its just the way it is. Sometimes things cannot be resolved, so keep yourself informed but 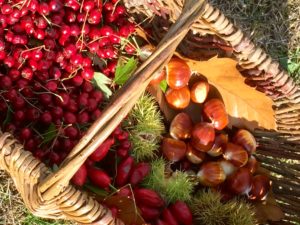 Greetings to Hazel’s lovely people. Eleanor Bright here. On September 23rd we have the Autumn Equinox – a turning of the year when the day length is the same as the dark hours. As well as this we are also blessed with a third new super moon in a row so we have two important dates close together. The new moon is as ever always a great time to set a new intention for yourself. This next one in Libra on the 28th is another very powerful moon. The Solstices and Equinoxes are important spiritual power days when a veil 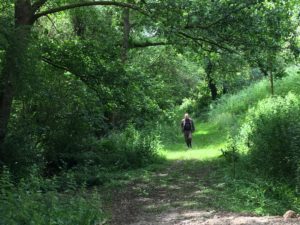 The term “Forest Bathing” was first coined in the eighties in Japan where they call it “Shinyin Yoku” in fact its what humans have done since the dawn of time because we all came from nature in the first place. Nearly 70% of the land mass in Japan is forest, yet most of the population live in cities. This is a very recent development for mankind so places great stresses and strains for people who are way outside of their comfort zone.   There is a huge amount of research and evidence to support the fact that spending time in 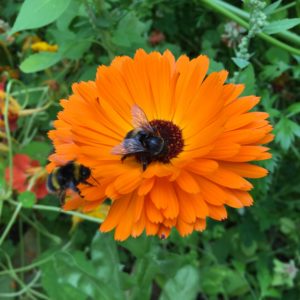 Eleanor Bright is back!

Welcome lovely people – Eleanor Bright here – so glad to be back in the fold with Hazel, and what amazing timing! It’s a new super moon tomorrow- August 30th in the morning – the second new super moon in a month – so the moon is at its closest to the earth in a long time. This is a peak time to set a new intention for yourself. Think about what you want to focus on, because the frequency that we project out into the world is the reality we create. So if we are constantly wittering away and 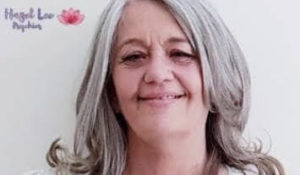 5 REASONS WHY YOU CAN’T GET OVER YOUR EX By Gertrude: As a psychic medium, I often have clients with this dilemma. You simply don’t seem to be able to get over your ex. You constantly see, hear or feel signs from the Universe. Reminding you and it hurts, much like a torture. Every person I have ever read for has a different excuse, set of circumstance as well their own unique set of circumstances and understanding. However, there are some common, easy to understand the causes or reasons you are going through this. 1. You still love them. Are